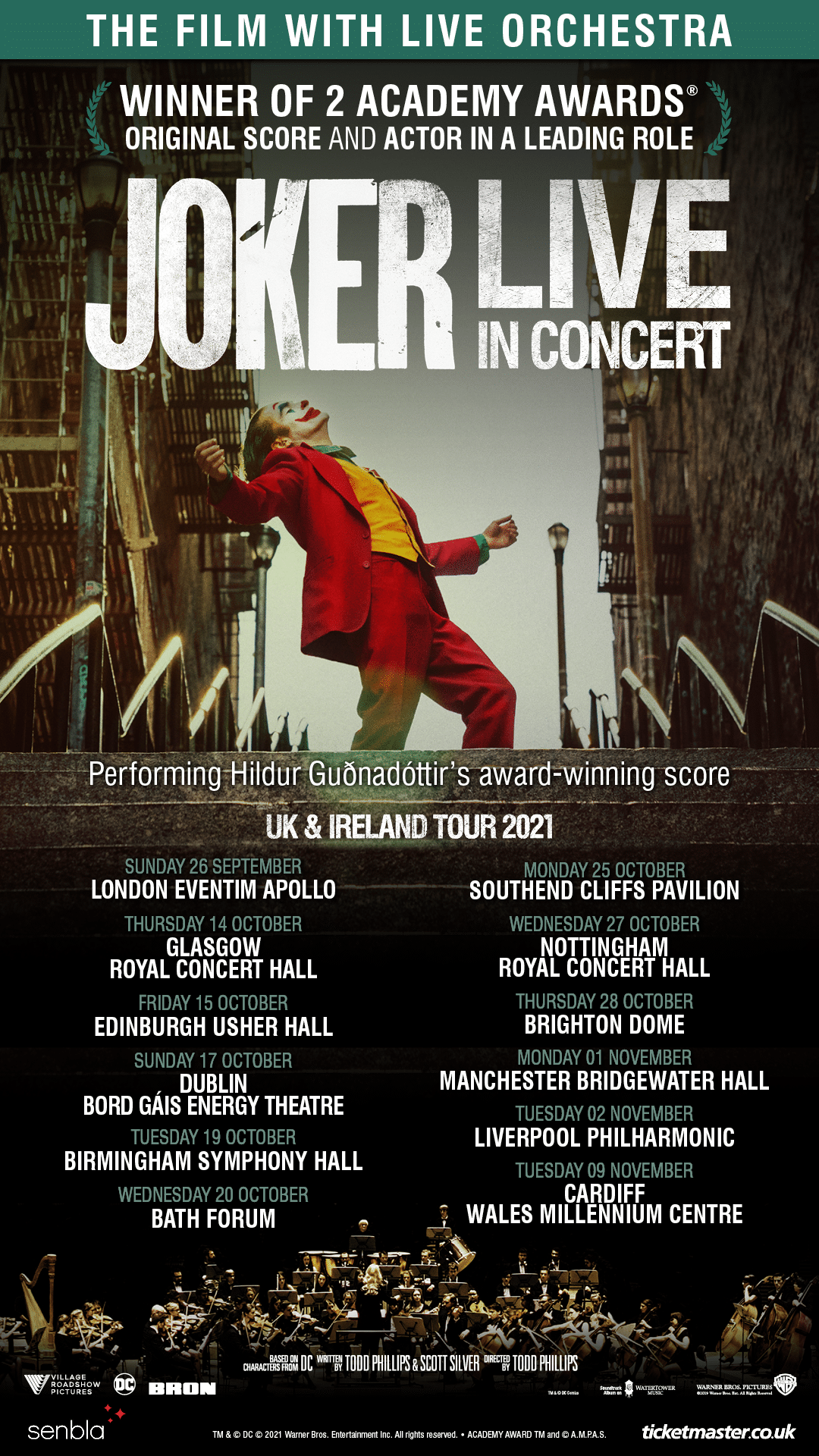 On 26 September, Todd Phillips’ ground-breaking, award-winning film Joker will be screened with the accompaniment of a live orchestra playing composer Hildur Guðnadóttir’s award-winning score for the first time ever at London’s Eventim Apollo.

Central to the emotional journey of Joaquin Phoenix’s character Arthur Fleck in the film is Guðnadóttir’s beautifully haunting Academy Award, BAFTA, Golden Globe and Grammy-winning score. The fusion of looming industrial soundscapes with raw, emotive string-led melodies – led by a lone cello – creates a melancholic shroud marked with moments of hope, which unfolds gradually to become a fever pitch of disquieting tension.

This extraordinary music will be brought to life by a full orchestra to create a vivid, visceral and entirely new Joker viewing experience. Performed live, Guðnadóttir’s inimitable score illuminates further the emotional weight, texture and atmosphere of Phoenix’s captivating portrayal.

The London opening of Joker – Live In Concert will be conducted by Jeff Atmajian – the conductor and orchestrator of the original soundtrack – with SENBLA’s Dave Mahoney conducting the rest of the UK Tour dates.

One of the most acclaimed young composers of her generation described by The Times as “music to Hollywood’s ear”, and the first-ever solo female winner of the BAFTA and Golden Globe awards for Best Original Score, Hildur Guðnadóttir is also known as the Grammy-winning composer of HBO’s celebrated miniseries Chernobyl.

On Joker – Live In Concert, Hildur Guðnadóttir said: “I’m thrilled to get to see and hear Joker in the cinema with a live orchestra. When we recorded the music, the orchestra brought such depth and detailed attention to the performances that we were all literally holding our breaths during most of the recording sessions. It was a beautiful trip. I’m so happy to get to go there again and for an audience to experience that too.”

Director Todd Phillips said: “I speak for the entire Joker team when I say how thrilled we are to be working with SENBLA and Ollie Rosenblatt on Joker – Live In Concert. I think its a wonderful way for audiences to experience Hildur Guðnadóttir‘s haunting and immersive score while bearing witness to Joaquin Phoenix’s descent into madness as Arthur.”

Joker – Live In Concert is produced and promoted worldwide by Senbla and following its London opening and UK tour will embark on an international tour. More dates to be announced soon. 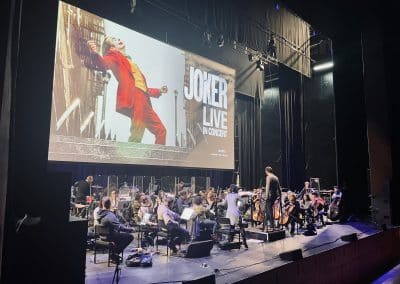 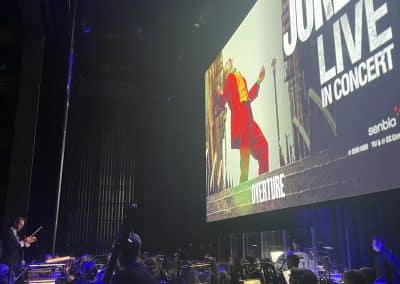